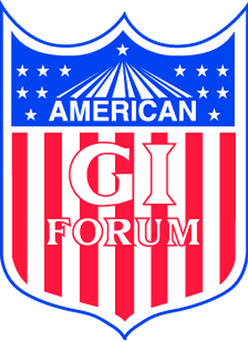 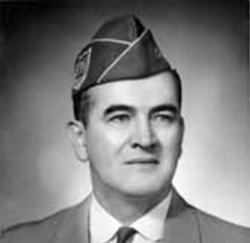 The American G.I. Forum (AGIF) is a Congressionally chartered Hispanic veterans and civil rights organization founded in 1948. Its motto is "Education is Our Freedom and Freedom should be Everybody's Business". AGIF operates chapters throughout the United States, with a focus on veterans' issues, education, and civil rights.

The organization was established in Corpus Christi, Texas, on March 26, 1948 by Dr. Hector P. Garcia to address the concerns of Mexican-American veterans, who were segregated from other veterans groups. Initially formed to request services for World War II veterans of Mexican descent who were denied medical services by the United States Department of Veterans Affairs, the AGIF soon entered into non-veteran's issues such as voting rights, jury selection, and educational desegregation, advocating for the civil rights of all Mexican Americans. In 1959, the organization claimed 25,000 members in 18 states. Today, the AGIF advocates on behalf of all Hispanic veterans.

The AGIF's first campaign was on the behalf of Felix Longoria, a Mexican-American private who was killed in the Philippines in the line of duty during World War II. Three years after the war, when Longoria's remains were returned to Texas, his family was denied funeral services by a white-owned funeral home. Dr. Garcia requested the intercession of then-Senator Lyndon B. Johnson, who secured Longoria's burial in Arlington National Cemetery. The case brought the AGIF to national attention, and chapters were opened throughout the country. A women's and youth auxiliary were also formed.